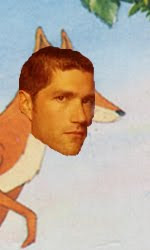 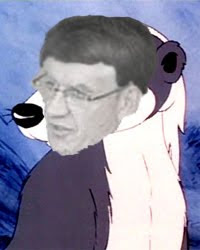 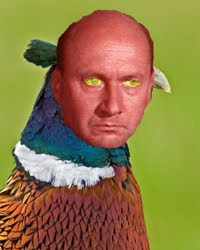 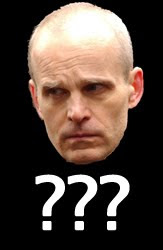 Three things that are beneficial to society despite being inherently unprofitable

I recently (actually, round about this time last year) came across an obituary for Sir David Serpell in the Times, and it got me thinking. Y'see, Serpell was essentially a government suit like any other, but, if the skein of fate had been woven a little differently, the anniversary of his death (28th July 2008) would now be a major day of celebration for public transport fans worldwide.
Serpell's main claim to fame was the Serpell Report, a set of recommendations on the future of the UK rail network which, if implemented, would have made the infamous Beeching Axe look like a blunt teaspoon by comparison. According to Wikipedia, the UK's rail network in 1950 stretched to 21,000 miles. After Beeching, in 1975, only 12,000 miles were left - but Serpell's 1982 report (commissioned by Thatcher) wanted to take it further. Option A of the report proposed cutting the route miles of the UK network to only 1,630, and included the insane proposal to close the East Coast main line north of Newcastle. Fortunately, Serpell's recommendations were never implemented.
Both Beeching and Serpell were economically minded, seeing the railways as a business that should be able to pay its own way. But Christian Wolmar, in his book Fire and Steam, has argued (convincingly, in my view) that there's more to it than that:

"Outside the densely populated areas of the Far East, railways are rarely able to pay their own running costs, let alone the investment needed to build them. They require subsidy for construction and often to keep running. They sit unhappily in the private sector because of this need for government support. But that does not mean they are a waste of money. They generate economic growth, enable people to travel comfortably, and cause much less environmental damage than the alternative. Those benefits cannot be captured by the fare box but they help make societies viable." (pp314-5)

It's certainly true (and read Wolmar, or many other critics, if you don't believe me) that privatisation of the railways in the UK has been a hilarious failure. Well... it would be hilarious if it weren't so painful. The railways - and especially Network Rail - are really only nominally in the private sector (according to the National Audit Office, Network Rail is a state-owned company, and most of the others receive massive subsidies). In light of what's happened to our railways over the last decade and a half, one can easily make the argument that rail networks in general cannot be profitable enterprises.
But Wolmar has a point. Railways improve quality of life - a notion that's massively important in the medical and pharmaceutical industries, but is usually discussed in the capitalist literature only through hand-waving (when not dismissed out of hand). They allow people like me, who choose for environmental and financial reasons not to drive a car, to travel medium distances comfortably and safely. In fact, were it not for the railways I would essentially be unable to travel between Cambridge and my home in the Peak District. (It should be mentioned that the train I take, which runs from Norwich to Liverpool, can't possibly be profitable, except perhaps when Norwich City are playing Liverpool in the FA Cup.) In short, railways are a good thing for society.
So, the first thing I'd suggest is beneficial to society despite being inherently unprofitable is:
1. The railways
C'mon, it makes sense.
It's not just the railways, though. In fact, I can think of at least two other things.
2. The health system
How is a system that patches people up ever supposed to be profitable? (That is, as long as you believe that people who don't have enough money should be left to die. I take this to be uncontroversial.
I think the NHS is great, and that its failings, such as they are, are largely due to it not receiving enough money to do its job properly. I'm not completely convinced that it needs to be nationalised; I've recently been very impressed by the German system. In Germany, it is compulsory for anyone in paid work to pay a proportion of their income to a privately owned health insurance company, which then shells out to cover your medical needs with private surgeries without you having to lift a finger. It's actually very similar to the NHS, in essence - and the system is still vouchsafed by the government, who make it mandatory to pay into one of these companies. I've only ever used it for (relatively) minor ailments, though, so I don't know what would happen if I needed some vast operation like a heart transplant or some shit like that. But I'm open to arguments either way.
3. The postal system
The postal system in the UK, unlike the railways and the NHS, is not receiving increasing use. The advent of the Internet obviates the need for a lot of toing-and-froing with letters. But the post is still necessary when you want to actually physically send something somewhere, which happens relatively often to me at least. It may never again be profitable - but why should it be profitable? We need it. This is why, for the moment at least, I'm in favour of keeping the Post public.
Feedback much appreciated! Especially if you're one of those scummy libertarian free-marketeers who really believes that Smithian invisible-hand crap. ;)
Posted by George Walkden at 9:41 am 2 comments: