In my brief jaunt to Bamberg & Würzburg last month, I only managed to pick up one new Ritter Sport to road-test. And it was a pretty good one:

Erdbeer Vanille-Waffel: 7.5/10
Well played, Ritter, well played. If this had been just a strawberry waffle combo, it would in all likelihood have been overly sweet. As it is, the vanilla adds a touch of creaminess to the proceedings, which in turn is then put in relief by the crunchy waffle. (The waffle makes this variety particularly satisfying to open using the Knick-Pack technique.) For some reason, I can't bring myself to rate this one among my all-time favourites, but it was nevertheless a highly pleasurable experience.

And here's an updated list of my all-time preferences:

That means, by my count, that I've sampled 57 varieties. Heinz would be proud.
Posted by George at 10:34 pm No comments:

This blog has got awfully serious, hasn't it? Time to talk about chocolate again. Today's instalment of the Ritter Sport ratings comes to you courtesy of my chocoholic colleague (chococolleague?) Tine Breban, who raided the stores of the Ritter Sport Welt in Berlin specially. Good batch, too!

Cookies & Cream: 8.5/10
This is an excellent translation of the concept of Ben & Jerry's Cookie Dough ice cream into chocolate-bar form. It has the right notes of salty crunchiness combined with sweetness, and feels delightfully indulgent.

Crema Catalana: 7/10
An inspired idea, rendering crème brûlée in Ritter Sport form. And it does translate well, with the creamy layer very reminiscent of its target. Rather lacking in execution, though; what I love most about crème brûlée is the slightly burnt, dark and crispy layer on the top, and this was missing from this interpretation, which consequently receives a somewhat lower rating than it may deserve on its own merit.

Himbeer-Cranberry Joghurt: 7.5/10
This one has crunchy, but is overwhelmingly sweet. The cranberry, by contrast, is easy to miss entirely in the powerful assault of raspberry. I have a sweet tooth, but this one was really too much for me. A little less brutal and it could have been a firm favourite.

Thanks also to chococolleague Laurel MacKenzie (of TV fame) and chocoholic collaborator (chocollaborator?) Anne Breitbarth, who also kept me supplied with delicious chocolate over this beautiful Spring period. But because it wasn't Ritter Sport, you don't get to hear about it.
Posted by George at 11:28 pm No comments:

My little Journal of Historical Syntax has been in existence for a year and a half now. The Executive Committee of the LSA has requested some facts and figures on the eLanguage journals, and I thought that readers might be interested to see these numbers as well. Enjoy!

3 were rejected.
4 were advised to revise and resubmit (of which 1 was subsequently accepted).
4 were accepted with changes (plus the 1 mentioned above).
2 are currently under review.

36 individuals have been involved in reviewing. The average time between receipt of the manuscript and date of the decision (not counting papers that were not sent out for review) is 97 days. 2 peer-reviewed papers have so far been published (1 in 2012, 1 in 2013). For these two, the times between receipt of the manuscript and publication were 275 and 187 days respectively. The articles have received 158 and 138 views respectively, and their abstracts have received 454 and 257 views respectively.

Many thanks to all our reviewers, authors and readers!
Posted by George at 1:08 pm No comments:

The Pirate Party UK asked me to write a piece for them on Open Access. You can find it here:

I'm glad I've finally got my views on this down in writing somewhere! This sort of material was originally intended for another "What's wrong with academia?" post, which I probably now won't write. It glosses over some important issues, such as the whole furore (pointless, in my view) around CC-BY licenses, and whether to opt for green or gold Open Access. But as a quick introduction to an increasingly complex debate, I'm quite happy with it.
Posted by George at 9:17 pm No comments: 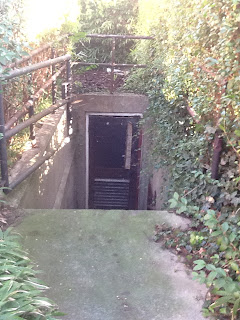