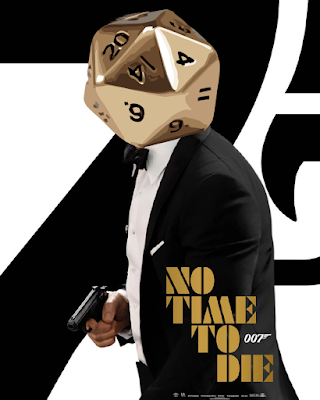 Dice (plural) are those things that you roll in tabletop games, sometimes known as "math(s) rocks". What's the singular? What do you call it when you roll only one?

There's a school of thought that says that the only correct answer is die. That is: one die, multiple dice. And it isn't difficult to find internet pedants claiming this. As usual, though, when internet pedants start fulminating against some linguistic usage, it means that the truth is more complicated and that there are other possibilities out there.

My starting point, as usual, is the OED. There it says:

The form dice (used as plural and singular) is of much more frequent occurrence in gaming and related senses than the singular die.

This is to be found in the OED's second edition (1989), so it's clear that the singular use has been around for a while. The OED also provides an example from 1557:

(Two earlier examples are provided there, but both involve the regularized plural dices – which, though it implies a singular dice, doesn't count as a use of it.)

Speaking for myself, as a Brit, the singular die is just not grammatical for me in the context of the six-sided cubes with numbers on. Moreover, some of the sources above imply that there is a British-American difference as regards the use of these forms. Time to play around with Google Ngram Viewer!

The usual caveats are needed with regard to this source: it's just published books, so it's biased towards formal, conservative practice; there are some terrible errors of dating and transcription in there; it's pretty much useless before 1800; etc. But it's easy to use and good for getting an overview, in general terms, of historical developments.

Starting with the basic corpus "English (2019)", we see a lot of fluctuation. a die is in general more common than a dice throughout, which is not surprising, since a die is not restricted to the context of math-rocks. Since 1990 it seems as if a dice is on the rise.

The picture is similar for this die vs. this dice. But let's now turn to regional differences. As usual with Google Books, the picture for American English closely matches the overall view:

British English is different, though - with the two uses much closer together.

The smaller-scale fluctuations are harder to assess, but it looks like there was relatively little difference between the two in 2000, and that the gap has since widened again. If we restrict the context even further (roll a die vs. roll a dice), looking at the post-1950 period (the Age of Math Rocks), it's even closer. The below graph shows that for British English the two variants are pretty much in lockstep until about 2008, when singular die seems to shoot up again.

And here's the corresponding graph for American English:

Here, singular dice has very much been the minority variant all along, and hardly used at all before 1998.

So there's a clear difference between British English, where singular dice is an established variant, and American English, where it (largely) isn't. But none of this empirical evidence helps us to figure out what the CORRECT singular form is, of course! That can only be done through LOGIC and RATIONAL REASONING!

I present the following analogically-linked forms for your delectation: